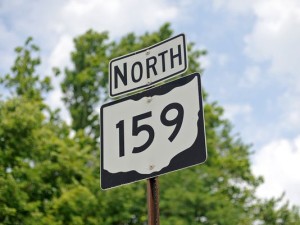 CHILLICOTHE – A Road Ready Center expected to bring 50 jobs to the area will be locating at the corner of Delano Road and Ohio 159, the Economic Development Alliance for Southern Ohio announced Thursday night.

The Murphy-Hoffman Co. already has a presence in Ross County but will expand that footprint with construction of a new, 100,000-square-foot facility on 47 acres at the northeast corner of the Delano Road/Ohio 159 intersection. The facility will receive trucks from the nearby Kenworth Truck assembly plant for inspections and other post-production component installations before the vehicles are delivered to customers.

The service is a new one Murphy-Hoffman is offering to customers and other Kenworth dealers groups designed to expedite new truck deliveries.

“In the coming years, as we ramp up MHC’s Road Ready Center, we will be hiring approximately 50 employees,” said Steve Wisdom, executive vice president for the company. “Chillicothe is an ideal location for MHC’s new facility; we already have a presence in the community with our MHC Kenworth-Chillicothe dealership that employs approximately 30.”

Wisdom praised the efforts of those involved with the alliance partnership, including Chris Manegold, Katy Farber, Dona Smith and others, for their efforts leading to the company’s expansion in the area.

Murphy-Hoffman Co. has been serving the trucking industry since 1975. Since its inception, the company has grown to more than 90 locations in 12 states, employing more than 3,000 people. Its network of locations includes 58 heavy and medium truck dealers, 35 truck leasing locations, four Carrier Transicold locations and a finance company, MHC Financial Services. The company works with Kenworth, Hino, Ford, Volvo and Isuzu trucks.

A time frame for the work was not announced.