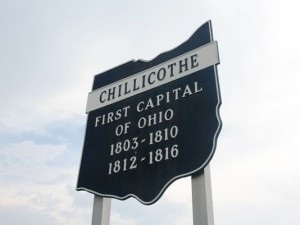 Andy Tomlinson, president of the Ross County Community Improvement Corp., informed the Ross County commissioners Friday that Tykma Inc. bought a 50,000-square-foot space inside the industrial park for a price of $540,000. The firm currently has offices on East Water Street.

The president of Tykma Inc., David Grimes, could not immediately be reached for comment. Chris Manegold, CEO of the Economic Development Alliance of Southern Ohio, spoke positively about the purchase and said the building “has served its purpose over the years.”

“A lot of companies have gone through the building over the years,” Manegold said. “Now it serves as the home for a growing company.”

Tomlinson said that, although several companies have looked at the building through the years, “we’ve never had an offer until last week,” and he noted that 10 new jobs are expected to be added by Tykma Inc.

The industrial park recently received a financial boost, with $466,000 in federal funding being awarded last month to extend the main access road inside the industrial park off Ohio 104, just north of U.S. 35.

The road extension is expected to provide access to six additional lots that can be made available for development and could allow for the creation of as many as 150 new jobs, officials have said. The commissioners agreed to transfer the property back to the community improvement agency as part of the deal Friday.

Ross County Commissioner Steve Neal said the agency has been marketing the property on the county’s behalf, and he praised the development at the industrial park.

“The retention of existing jobs is just as important as bringing new ones in,” Neal said. “From my perspective, I’m very excited to see activity going on.”