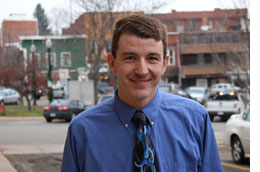 CARROLLTON, Ohio — No natural gas well has evoked shouts of “Eureka!” that reverberated across Carroll County, a once pastoral place in east central Ohio. Nor is there one well, one drill site, with crude production so staggering that it stops oil barons in their tracks.

Carroll County, still mostly farmland, superficially, has become the heart and nervous system of the emerging oil and gas industry. While no well there ranks among the top-10 producers of oil or gas in the Utica shale, the collective energy production of the county is a force that has attracted notice from around the world.

“For some reason, the BBC has me on its speed dial,” laughs Aaron Dodds, the county economic development director, referring to the international attention his community has drawn since 2010. That’s when energy companies descended on eastern Ohio in search of oil, natural-gas liquids and dry gas trapped millions of years 7,000 feet below.

In addition to the British Broadcasting Corp., news agencies from Saudi Arabia, Abu Dhabi, Sweden and Germany have all contacted Dodds and inquired about his county, for obvious reasons.

During the third quarter, the 313 producing horizontal wells in Carroll County yielded 1.122 million barrels of oil, more than one-third of all of the oil obtained from Ohio’s Utica shale during the period, according to the latest production records from the Ohio Department of Natural Resources. Natural gas production was also robust at 47.6 billion cubic feet.

The impact over the last three years is clearly transformative, Dodds says. Farmers who once struggled have now paid off their debts, preventing foreclosure or sale of their assets. Cash flows at a rate never before experienced in the history of the county. Equipment dealerships, restaurants, service businesses flourish; manufacturers have moved into the area; and new construction is visible along the major business corridor in Carrollton.

“People are starting to spend money,” Dodds says. “They’re no longer waiting for a knock on the door with someone saying they want their check back.”

Although one-time bonus payments to landowners – some in excess of $5,800 an acre paid in return for leasehold agreements – made some wealthy overnight, Dodds says many people remained apprehensive. The real test was whether these companies, namely Oklahoma City-based Chesapeake Energy Corp., would actually drill and honor these leases with a steady stream of royalty checks – some commanding 20% gross production of a well – for years to come.

Today, more than a year since the horizontal wells in Carroll County started producing in earnest, the residents’ levels of confidence have risen substantially now that landowners have deposited royalty payments in their bank accounts, Dodds says.

That’s a life-altering amount for large landholders who own 100 or more acres, Dodds says. But even those with comparatively fewer holdings stand to become rich, depending on well production. An average royalty check to one landowner Dodds knows – the landowner holds just 28 acres – is $30,000 a month.

Ninety-three percent of the county is under some form of an oil and gas lease, Dodds says, and Carroll County leads the state in the number of horizontal wells in production, drilled or permitted. As of Dec. 9, there are 456 permits for wells in the county and 313 are in production, according to the Ohio Department of Natural Resources.

Chesapeake remains the most prolific driller in Carroll County as well as the entire Utica with 295 wells in production during the third quarter, according to ODNR.

“It’s for real,” says Keith Burgett, a veterinarian who has lived in Carroll County most of his life. “We have six wells on our property.”

Burgett owns more than 100 acres outside of Carrollton and, he says, landowners stand to make a tremendous amount of money on royalties. “It’s helped a lot of farmers pay off debts, it’s helped families and it’s helped businesses,” he states.

Carrollton boasts two new hotels – a Microtel that opened earlier this year and a Candlewood Suites that is nearly finished, Burgett continues. Both were built to handle the influx of transient workers from out of town who are engaged in the oil and gas industries.

The county unemployment rate, meanwhile, is among the lowest in the state: just under 5%. It stood at 16% in 2010.

“Housing has been a real problem,” Burgett acknowledges. Workers mostly from oil producing states in the South, such as Texas and Oklahoma, have flooded the county, occupying rental property and driving up the price of leases. Still, he says, the overall effect is very positive.

And Burgett doesn’t think interest is likely to subside any time soon. He suspects energy companies are drilling deeper into other shale formations that lie below the Utica.

“I’ve talked to several geologists,” he notes. “They’re saying there’s something big down there.”

Doyle Hawk, who owns some 200 acres tied into a well on his property and three others nearby, says his monthly royalty checks are much larger today than they were a year or so ago. At that time, Doyle received his first check based on three months of production – a payment of nearly $10,000. “It’s more now,” he says, reluctant to divulge precisely how much Chesapeake pays him each month.

“My wells are average, but my biggest complaint now is taxes,” Hawk says, especially a county oil and gas tax that dates to the 1930s, which then covered mostly nonproductive Clinton wells. Now, Hawk says landowners pay taxes based on the production rate of a well, noting he paid $404 in taxes on a single well that produced only four days during the year.

Hawk, whose family owns some 700 acres just south of the crossroads village of of Augusta, says the extra income would allow him to retire from farming. But he doesn’t want to.

“You’re going to get some kind of a check every month,” he says. Most of the proceeds are spent on improvements to the farm, most recently on newer equipment. Hawk also plans to build a new barn.

No one would accuse Hawk of living the high life as he finishes a lunch of soup and peanut butter spread on a slice of bread. And he’d be the first to tell you that he doesn’t buy much into the talk of the newfound wealth in the community.

This spring, for example, he declined to attend the first “Oil Barons Ball,” a black tie affair the county sponsored to raise money for the arts.

“I don’t think there are as many new millionaires as people say,” he says with a grin. One estimate he’s heard pegged the number at 550. “I bet there might be five or 10 families,” he guesses. “This hasn’t been going on that long. I’m happy with what I’ve got.”

An encouraging sign is that rigs are returning to the same well pads to drill more wells, says Tom Wheaton, a Carroll County commissioner. “They’re finding that they are economically feasible to drill. They also want to do more seismic testing.”

To Wheaton, that means energy companies such as Chesapeake are looking to drill deeper into the shale rock, possibly into the Trenton/Black River reservoir formation. “I have two on my property that have gone that deep,” he says. “They’re finding oil, natural-gas liquids and natural gas.”

More pipeline work is expected to begin soon, he adds, noting that residents think that after all of the wells planned are drilled and connected, Carroll County will have more miles of pipeline infrastructure than miles of roads.

Wheaton, a commissioner 10 years, recognizes how significant the change is for the entire region. “We were a quiet town, a quiet county,” he says. “We had far less to work with.”

Now comes the challenge to a small community with a system of two-lane roads no longer capable of handing a massive influx of semi, tanker and heavy truck traffic. “There was a traffic study done several years back that showed 1,250 cars and trucks moved through the center of Carrollton a day,” Wheaton says. “A company came in two years ago, and their traffic count was 1,250 cars an hour.”

This increase has placed additional pressure on the road system, says Dodds, the county economic development director. While energy companies have spent millions of dollars – about $40 million at last count – to upgrade county and township roads, the future maintenance will be left to local government.

“It’s a double-edged sword,” he says. “You get a higher quality road that requires a lot more maintenance. The question is: How are we going to maintain this in the future?”

Still, the oil and gas industry has attracted new fabricators, manufacturers and other businesses looking to expand into this market, Dodds says, while other energy-related projects that carry enormous investments are in the works.

Two electric-generation plants are slated for Carroll County because of the ready supply of natural gas in the Utica. Carroll County Energy LLC, a subsidiary of Boston-based Advanced Power Services, plans to break ground in March on a 700-megawatt power station that carries a cost of $800 million and is projected to provide 500 construction jobs.

The company has committed $40 million toward construction of a new high school in Carrollton, Dodds says. “Carrollton hasn’t passed a school levy since 1978. The last building levy was passed in 1928.”

A second company, Colorado-based Terra-Gen Power, has experienced delays on a similar-size project in the county, but Dodds expects that to move forward once Carroll County Energy begins construction.

And more money has flowed into county coffers in the form of sales taxes, which Dodd attributes directly to oil and gas activity. In 2013, revenues collected from Carroll County’s taxable sales stood at $335,643,100 – a $73 million increase from the previous year.

Others remain wary about the long-standing impact the industry will have on the county.

Paul Feezel, a founding member of Carroll Concerned Citizens, says his group is neutral on oil and gas development, but wants to inform the public of the challenges and complications the industry has brought with it. “Every one of these wells is a mini industrial plant,” Feezel says. “There are risks at each of these facilities.”

About 90% of the 300 or so on his group’s mailing list have leased their land, including Feezel. “People really need to understand the facts that come along with this,” he says, and each month, the group hosts seminars related to an oil and gas topic. Hydrologists, geologists, elected officials and attorneys – all have participated in the programs.

Health, the environment and the quality of life are paramount concerns, Feezel says, pointing to a fire that broke out at Rex Energy Corp.’s Brace well this year. That same well was also the site of an earlier accident that killed a rig worker.

“All of this brings into play our emergency response,” he says. “We’re all volunteers here.”

In addition to the 313 horizontal wells in production, Feezel says another 1,700 conventional gas wells in the county pass directly through the aquifer that supplies well water to many residents.

“One of these will fail,” he says. “We don’t know when, but 30,000 acres could be contaminated. We want to educate people so they can make informed decisions.”

What is really at stake is the comfortable, rural and easygoing character that made Carroll County such an inviting place, and the reason why Feezel and his family live here.

“We moved here because of the rural, friendly atmosphere,” Feezel reflects. “People are losing the rationale as to why they live here, and they’re putting everything at risk. It’s not going to be the same.”

From The Business Journal  |  By Dan O’Brien