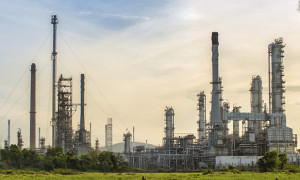 “There is no difference in our development activities, we have essentially only moved across the Ohio River,” James Cutler, AR’s CEO, said Sunday after announcing his company’s signing of a land lease letter of intent with the Monroe County (Ohio) Port Authority. “We will not be integrating with an existing operating (brownfield) facility but will be more of a ‘greenfield’ location. However, we will have improved rail facilities.”

As a 2013 article in DownstreamToday indicates, AR initially planned to build its ethylene/polyethylene plant in West Virginia using natural gas liquids produced from the nearby Marcellus and Utica shale formations. The company decided to move its proposed “less than world-scale” plant, which is designed to serve a regional market, to the Ohio site “for business and commercial reasons and to accommodate a larger production facility,” Cutler said Sunday. The West Virginia site only has space for a 500 million pound per year facility, he explained.

The approximately $1 billion integrated Ohio facility will be able to process approximately 18,000 barrels per day of ethane into ethylene and polyethylene and will easily tie into the region’s pipeline and storage network, Cutler continued.

Moreover, the fact that the facility’s $600 million ethylene plant can operate as a master limited partnership (MLP) should appeal to investors, said Cutler.

“The financial operating characteristics of the ethylene plant would be similar to that of a midstream pipeline,” he explained. “That is, a constant cash flow. Ethane comes in and ethylene goes out. The ethylene plant, for all practical purposes, operates on a ‘tariff’ basis, just like a pipeline.”

AR expects its ethylene/polyethylene complex to go on-stream in early 2019.

Matthew V. Veazey has written about the upstream and downstream O&G sectors for more than a decade. Email Matthew at mveazey@downstreamtoday.com. Twitter: @Matthew_Veazey