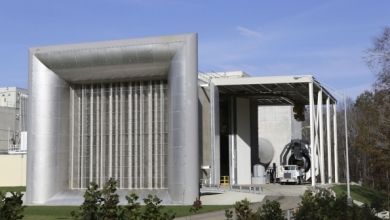 GE said the $40 million facility will begin testing production engines by the end of this year. GE90, GEnx , GE9X and LEAP engines will all be tested at the new facility in southeastern Ohio.

“Since 2006, GE has invested more than $160 million in facilities expansion at Peebles to manage our growing volume of development engine and production engine testing as well as final engine assembly of GE90 and GEnx engines,” GE’s Peebles plant leader Brian De Bruin said in a statement, noting that “the Peebles site will test 1,600 production engines along with 70 development engines and will assemble and ship more than 500 engines from our assembly area” in 2014.